On the route from Kliplev to Padborg you will see the last of the Hærvej’s old bridges at Gejlå, built in 1818. The route stops at “The bent road” right next to the border.

Gejlå bro
When you have passed Kliplev, the route turns southwest to Bjerndrupgård, after which it again turns south to the Gejlå, north of Bommerlund Plantation. Here you can see Gejlå Bridge, which consists of two stone arches, and was built in 1818. The stones are mortared together, unlike the older Povls Bro (see section Rødekro - Kliplev). A ford was once located here across the river and the flat stones can still be seen under the bridge.

200 m south of the bridge was an inn, Bommerlund Kro, although only a marker stone remains today.

After this, you continue along the Hærvej through Bommerlund Plantation, where there are a number of stones with inscriptions. They are not rune stones!

Slightly south of Gejlå is the old shire border, and a marker stone can still be seen on the old road for Vis Herred (Wies 1778). Opposite is a way marker, showing the direction to Løgumkloster.

The other stones in the plantation are road duty stones, which date from between 1770 and 1900, and are still in their original locations. In past centuries, road maintenance was the responsibility of farmers, who often lived a long way from the section of the road for which they were responsible. The stones showed which part of the road, each individual farm was required to keep in good order.

"Den Krumme Vej"
From the plantation, the journey continues past Østerbæk, past one of the Hærvej’s hostels and down to Bov, where there are shops. Before reaching the border, the route goes south of Bov to Røndamsvej, which is named after an old inn. The road is also known as “Den Krumme Vej” - the bent road, and is the old road to Flensburg. Part of the road still has the old cobble stones.

“The bent road” stops at the border, but you can continue your journey along the border down the historic Gendarme path south to Padborg and north and east to Kruså. The Gendarme path continues along Flensburg Fjord to Høruphav.

Gendarmstien
After Reunification in 1920, the Gendarmerie guarded the new border and controlled the passage of ships along Flensburg Fjord. As they patrolled by foot until 1958, this gave rise to the name of the path. The County of South Jutland reestablished the path as a walking track from Padborg, past Kruså, along Flensburg Fjord, around Broager Land and on to Als. The route is signposted with a blue gendarme and the County has published information folders on the signposted sections. The route is 72 km and is described her.

Follow the Hærvej further on the Ox Road (Ochsenweg) in Germany. The route goes from the Danish-German border to Hamburg. 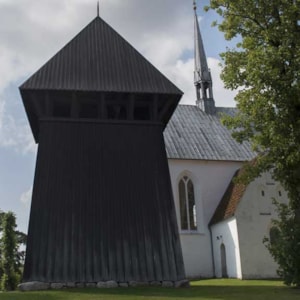 Kliplev Church is a big village church. Of the old Romanesque medieval church is not very much preserved. The present church was built in the 15th cen... 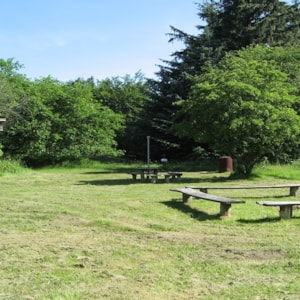 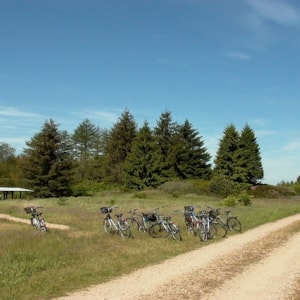 Frøslev Forest which are 1045 hectares, planted onwasteland and shifting sand. 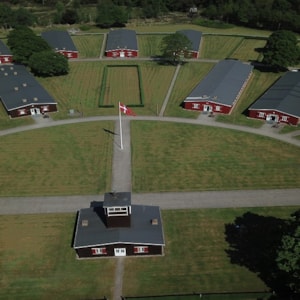 Experience the story where it took place. 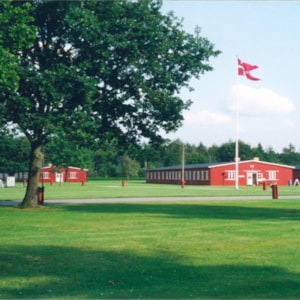 The UN Museum at Frøslev Camp

The UN-Museum is the first one of its kind in the world and the purpose of the museum is to have a permanent memaory of the danish units and persons, ... 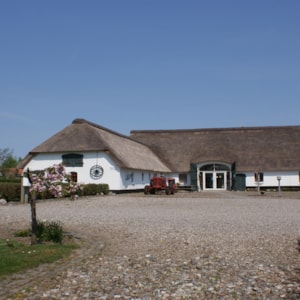 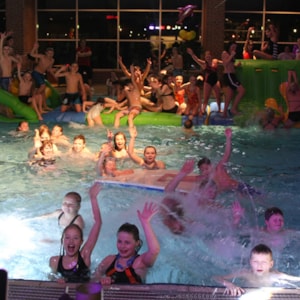 Bov Indoor pool consists of a 25 meter pool.There is free play equipment and swimming belts for children.We can offer sauna.The swimming pool has ... 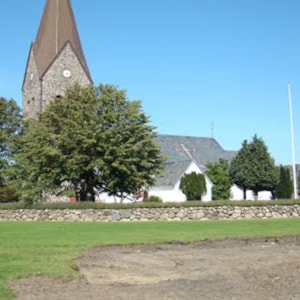 Altarpiece with rococo work from 1771. Pulpit with wooden canopy from 1626.