On the stage between the old Middle Ages town centre, with the cathedral to the area west of the Thorning, you will pass the unique countryside of Hald and the hills of Dollerup Bakker.

Viborg
The walking route begins at Viborg Cathedral, from where you walk through town centre to the railway station and out towards Viborg Plantation. While in Viborg, you can visit the cathedral, the Dominican church, museums or take some time in Viborg Pilgrims centre. Look into the tourist information office and get the latest on what’s on in town.

Finderup Høj
Leaving Viborg, you will find Finderup Høj at Erik Glippingsvej. From the top of the hill, the king’s knights were able to see the building of Finderup Lade ablaze, when King Erik Glipping was murdered on the night of St. Cecily in 1286. Go further along the overgrown rutted way, which has probably remained unchanged since that time.
Unlike the bicycle route, the walking route does not pass by the Hærvejs Carpet, nor the road stone.

Langskov
In Langskov oak woodland, with its many gnarled trees, there are a number of rutted tracks. The walking route goes directly through the woods to the campsite in Lille Traneskov, after which it continues to the inn, Niels Bugges Kro.

Hald
Hald and Dollerup Bakker are regions with a unique concentration of culture and natural history. Hald Hovedgård manor is built on the ruins of four previous manors, Niels Bugges Hald is a circle shaped moat by Niels Bugges inn, and on a peninsular in the lake, there are the remains of an old castle, built by the last Catholic bishop of Viborg, Jørgen Friis.

Dollerup Bakker
The landscape is dramatic, created by the ice mass and melting water during the last ice age, with Dollerup hills in the east, and the flat heath land in the west. The region is one of the most important borders between different landscapes and is known as the one of the jewels of Denmark’s ice age geology. There is an exhibition in Hald Hovedgård on the region’s nature and culture, where you can see models of the landscape and gain an understanding of the effect the ice masses had on the area. There is a also a sitting area, making it a good place to take a break, and the most northerly of the hostels along the Hærvej can also be found here.

Skelhøje
Skelhøje does not have shopping facilities, but you can take a bus to Frederiks here, where there are good shopping facilities. If you follow the walking route without taking any diversions, the next opportunity to buy provisions is Kragelund - so make sure that you’re well stocked up!
The area south of Skelhøje is characterised by many plantations planted over a half century from the end of the 1700’s. The conifers slowly replaced the heath land and small oak copses.
In the plantation south of Skelhøje is a large concentration of grave mounds. Over 50 Stone Age mounds remain in Havredal Plantation alone. Try to see how many you can find in a day. Some of the larger ones are built in a straight line, and could be used to find the right direction, but are now enclosed by trees.

Jens Langknivs hule
In the south west corner of Ulvedal Plantation is a well preserved long barrow from the late Stone Age, known as Jens Longknife’s Cave. The 40 m long barrow contains two chambers, and the 4000 year old barrows were named after the infamous robber, who is the subject of St. St. Blicher’s poetry.

Blicheregnens Museum
You can choose to make a short diversion to Thorning, about 2 km east of the walking route, to stock up on provisions or to see the Blicher Museum. Steen Steensen Blicher was the local priest in Thorning from 1819 - 1825. He wandered widely over the heath land and wrote much about the region. He lived in the rectory, which has now been converted into the Blicher Museum, which shows information about the region as well as life in Blicher’s time. The museum gives an excellent introduction to the region before continuing the journey along the Hærvej.

TO THE NEXT STAGE: THORNING - FUNDER KIRKEBY Visit the landscape of Hald where once the five 'Hald'er' were situated. Two 'Hald'er', the manor house 'Hald Hovedgaard' and the ruin named after Bis...

The Manor House "Hald Hovedgaard" houses The Danish Centre for Writers and Translators, which offers residencies to writers and translators. Furthermo...

Natural School with guide, tours to experience and learn about this special landscape can be arranged in English language. 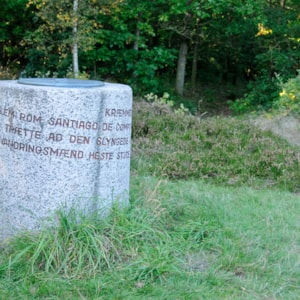 "Viborg Plantation" has the lay-out of a classical plantation with long straight lines. Hærvejen - the main road of Jutland.Before the cars and the railways, travelling overland was an arduous undertaking. Often the roads were nothing mor... 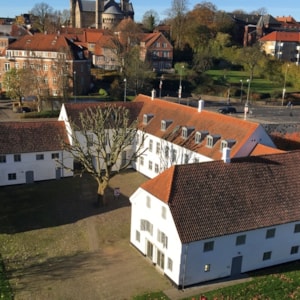 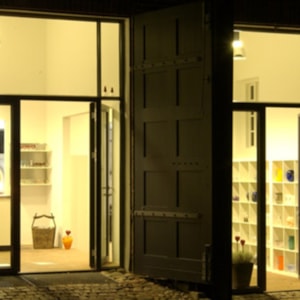 Visit the glas blowery "Glaspusteriet Lofstad" and follow how Tina Lofstad creates unique glass art.At the shop you will find a great selection of g... 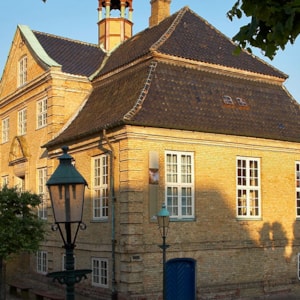 The Skovgaard Museum is the art museum in Viborg. It houses works by the Skovgaard family of artists as well as changing art exhibitions. 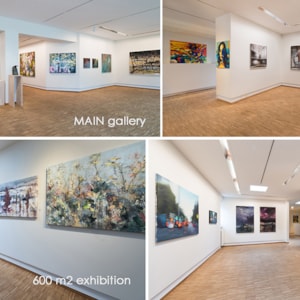 galleri NB is a large gallery in the centre of Viborg. The exhibition area is divided into Main gallery, Centre gallery and NBeX project. 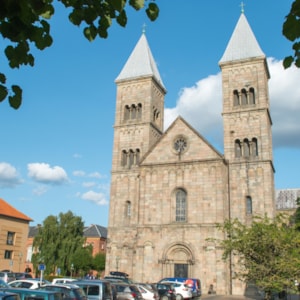 Viborg Cathedral, with its two towers, is the symbol of the city. The church was founded in the 1100's but after several fires, the latest one in 1726... Sortebrødre Church was built by the Dominicans and was originally built together with a monastery placed south of the church. The church has been rebu...

Søndermarks Church is placed in the southern part of Viborg and is a modern round church built in 1980/81. 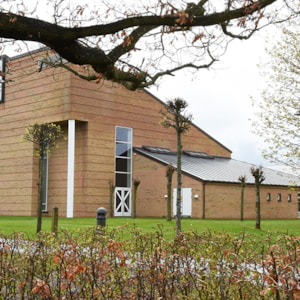 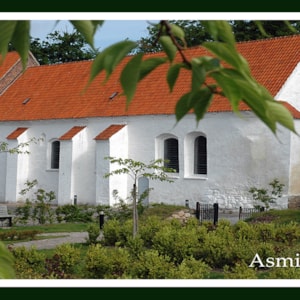 One of Denmark's oldest churches. In 1133 the Viborg bishop Eskild was murdered in front of the churches' high altar by King Erik Emune's men. South o... 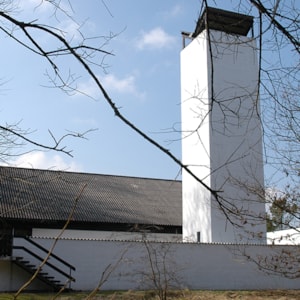 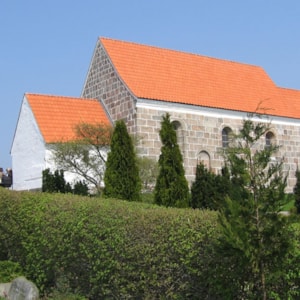 Dollerup Church, built of granite ashlars in the 12th century. Open the whole year during the daytime. 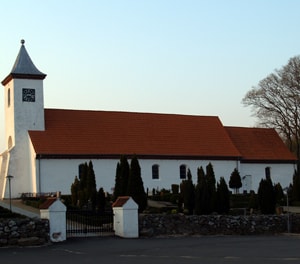 Thorning church consists of a chancel and a nave in Romanesque style. During a major renovation in 1743, the church was extended westwards and a tower...