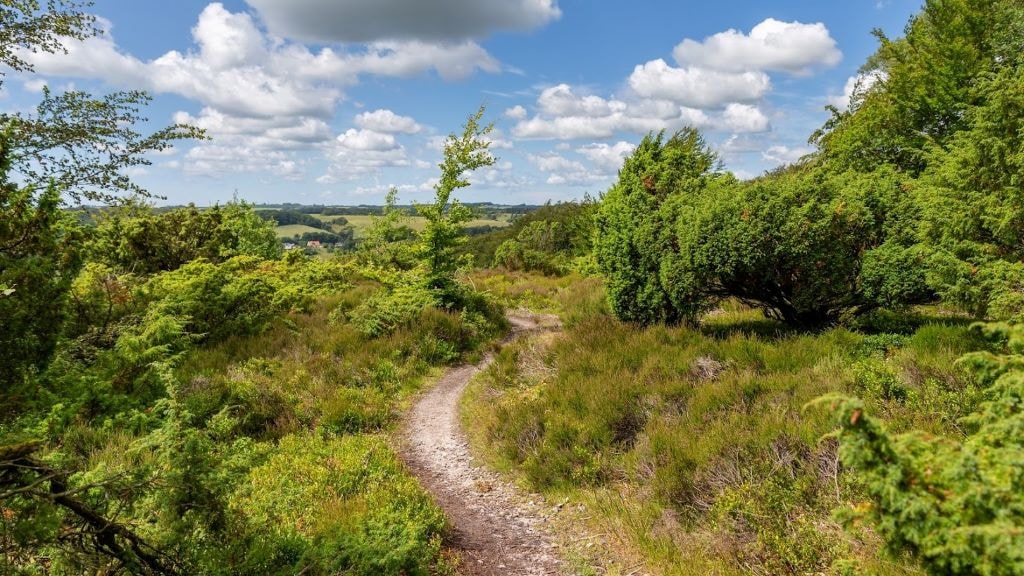 Rebild Bakker, or Rebild National Park, is a large area of hill covered with heather near Rebild, which is small town around 25 kilometres south of Aalborg. The area was bought in 1911 by a group of Americans of Danish descent. In 1912, the area was given to the Danish government with the stipulation that a friendship celebrations with America must be held every year at the 4th of July. Therefore, the non-profit American organisation Rebild National Park Society, Inc. were founded to arrange and direct the celebration in Rebild Bakker. The celebrations has been held every year since, except during World War I and II. Find more information about the celebration here.

At the entrance to Rebild Bakker, you will on the right-hand side see the “Friendship Lawn” with a sculpture and busts. The sculpture is name “The Emigrant” or in Danish “Christina’s Familie”, which means Christina’s family, and it symbolises a family that emigrated to USA. The sculpture was unveiled on 4th of July 2000.

The busts at the entrance are:

All busts are created by the sculptor Dennis Smith, Utah, USA.

The Danish Nature Agency has published maps over the routes and path in the National Park area.