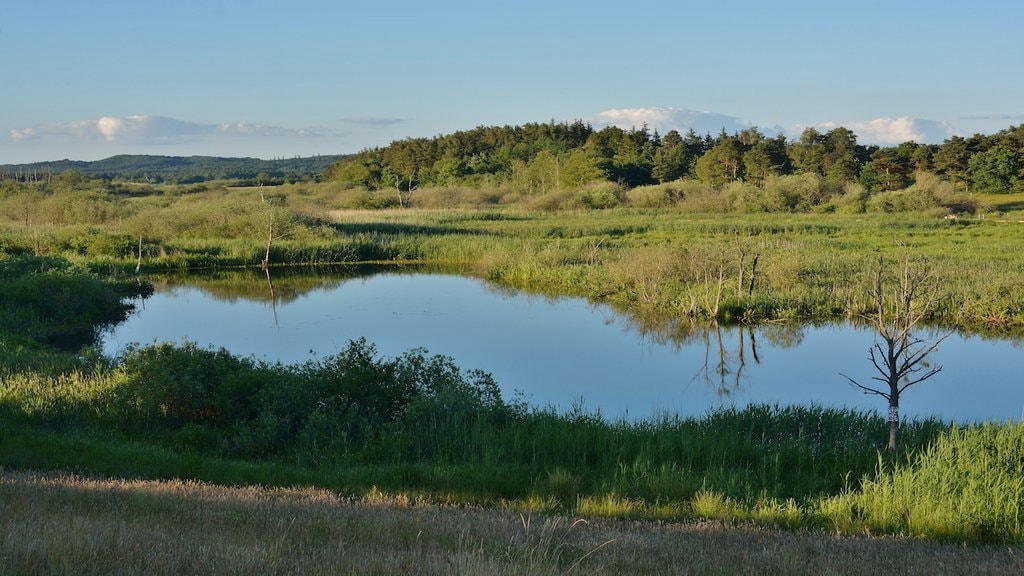 Take a walk in the footsteps of history.

A brief detour from the trail on the Ancient Road affords the opportunity to experience a medieval ford.

In the course of a project to restore the Jels Å at Mojbøl in 2002, archaeologists examined the meadow beforehand. This revealed the remains of a medieval ford, with the oldest remains dating from the summer of 1081 A.D. A simple roadway was paved with heather and edged with interlaced fences.

In the early 12th century, the ford was improved and a paved roadway was built to withstand the pressure of use and water from the stream. Traffic across the ford seems to have increased, and the need for a solid and sturdy crossing is apparent in the deep tracks left from wheels in the stones. The distance between the wheel-marks are consistent with that of a medieval cart.

Eventually the crossing was abandoned; it is possible that the floods caused by the stream became to impractical - sturdy construction or not - and that eventually a bridge was built in a more narrow part of the stream to ensure a dry crossing.

The ford may be linked to a Ancient Road trail between Skodborg and Immervad, which may have bypassed Mojbøl, before heading in towards the east, to Stursbøl and Slevad Bro. This is evident in the wheel-tracks left by carts, showing that the ford was no longer used only as a crossing for animals.