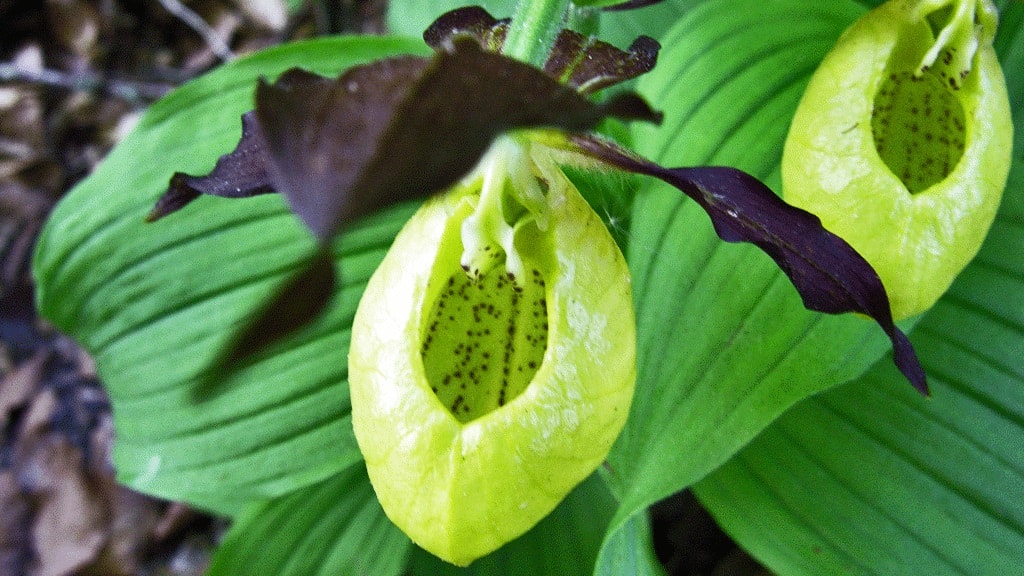 The lady slipper orchid is the largest orchid species in Northern Europe. The orchid bloom every year in the beginning of June, but only for about 2 weeks. It was first discover in 1880, but almost exterminated by a careless hunt for plants.

The only place where orchid bloom is at a hillside in Bjergeskoven forest northwest of Skørping. The future of the lady slipper depends on the measures taken to preserve it here, and it has, unfortunately, been necessary to fence in the orchids. However, these measures appears to have worked because each year more and more orchids can be seen blooming again. In 2008, 168 orchids could be seen and this is a slight progress considering the species was almost exterminated. Later, in July, you can also see another species at this hillside called the red helleborine orchid.

All orchid species is protected and cannot be removed.