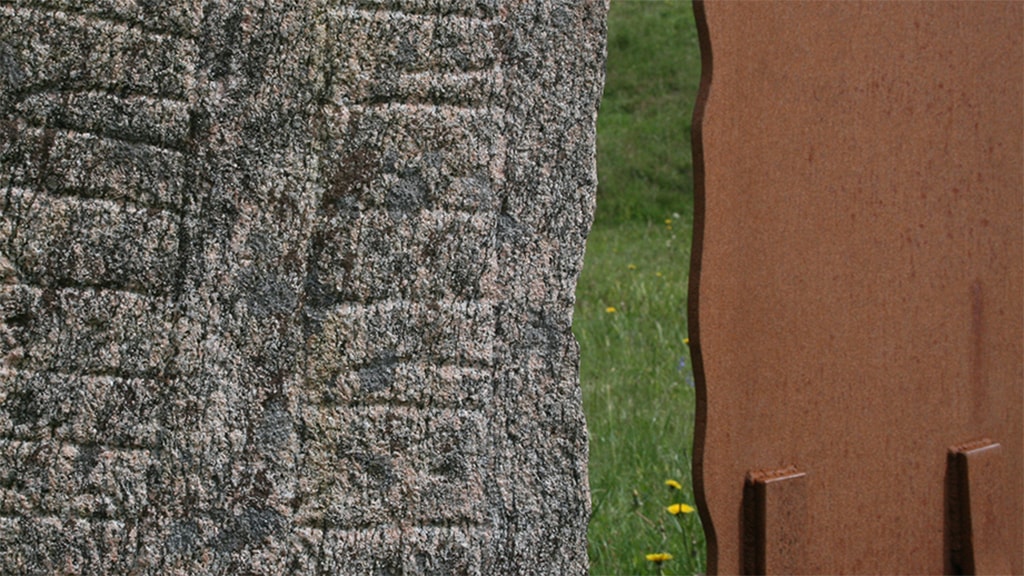 Located on the northern outskirts of the village of Bække in South Jutland, Klebæk Høje is an archaeological site that consists of two domed barrows from the Bronze Age and a Viking Age stone ship with rune stones. Traversing the site is a waggon track from medieval times, representing a small section of the Ancient Road.

See three historical periods at the same site
The site represents three prehistoric periods. First of all the Early Bronze Age represented by peat-built barrows, which were created for the distinguished families who around 1500-1200 BC became part of the first network of tradespeople in Europe. Secondly, the Viking Age (around 2,500 years later) represented by a 45-metre ship-shaped stone setting, which was created between the Bronze Age barrows. A local chieftain erected the monument in commemoration of his late mother, Vibrog. His name was Ravnunge-Tue, according to the rune stone inscription at the bow of the ship setting. Ravnunge-Tue is also mentioned on the rune stones at the churches of Bække and Læborg and on a rune stone in Horne by Varde. It appears that Ravnunge-Tue was on friendly terms with Viking King Gorm the Old and his queen, Thyra, who resided in Jelling. The Bække area was, indeed, an influential place for many generations and only lost its importance when the Ancient Road was abandoned during the 1800s.